What Looks Like Dog Vomit In My Mulch? (Slime Molds)

Home » What Looks Like Dog Vomit In My Mulch? (Slime Molds)

Have you had the unsettling experience of finding the mulch or soil in your garden covered with a suddenly appearing…something…that looks like dog vomit?  Then you may have had an encounter with a slime mold.

So, just what is a slime mold? And can they harm the vegetation in your yard or garden? We’ll answer those questions for you in the article below!

Slime Molds: What are they?

Slime molds are not actually a true fungus. Instead, they belong to the Protista kingdom. They thrive in mulches with high humidity and warm temperatures, similar to what you’d find in the southern United States in springtime. They might also be found in highly irrigated and shady areas in the summer.

There are many types of slime molds, which can sometimes be identified based on their color.

The important thing to remember is that slime molds are usually not a threat to either humans, other animals, or plants. They’re largely innocuous, though unsightly, growths.

In fact, some people consider slime molds to be a beneficial visitor to their mulches. These organisms can help encourage decomposition in the mulch itself, and even outcompete some more pernicious soil-borne pathogens.

How can I eliminate slime molds?

As beneficial as they might be, however, there’s no doubt that slime molds are pretty ugly. Most people will want to be rid of them as soon as possible.

Chemical treatments and other synthetic control methods are typically not warranted for slime molds. Instead, you can easily get rid of them by modifying their environment.

Since slime molds thrive in warm, wet areas, your best bet is to do your best to dry out the area. While you can’t control the rain, you can take steps to reduce the level of irrigation you apply.

You can also physically disrupt slime molds, which often spread quickly to cover a large area. Using a rake or other implement, break up the growth or just remove them with a shovel. You can also use a stream of water from a garden hose to break up the mold, although you’ll want to do your best to use only the amount of water you need so as not to further irrigate the area and encourage the growth of more mold.

Finally, you can apply a very mild detergent solution – with 1 tablespoon of detergent mixed with one gallon of water – to the area. That will kill the mold while remaining mild enough to leave the rest of your plants alone.

So, if you awake one day to find your garden or grass enveloped in a “dog vomit fungus,” don’t panic. It’s likely just a garden-variety (no pun intended) slime mold that can easily be controlled with a quick burst of water or the application of a rake. In the meantime, it won’t hurt you or your plants.

If you really want to be rid of it ASAP, use the detergent and water solution described above. That should have your garden looking as good as new in no time at all. 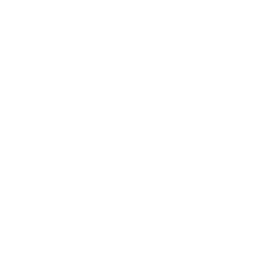